About the brand ↓
Sort by price
Ladies
Men
Hygge watches

Scandinavian brand Hygge is a young watch manufacturer that was established together with the Swedish-Japanese company POS, as well as talented young designers from all corners of our planet to create the unique award-winning Hygge watches which you can buy on It's My Wrist. The reconstruction of the POS company occurred in 1987, based on Japanese firm Yukosha whose specialty was the manufacture of components for watches. Today Hygge designer watches are widely popular around the world. The main slogan of the company is the phrase "Designer's & More", which translates as "a designer and even more." According to the company, this slogan can demonstrate the company's commitment to combine in its products in equal shares design vision, entrepreneurial flair of the businessman, and emotions in a simple client who wants to obtain the satisfaction of their own hours each day. Hygge watch and match all of this.

Hygge watch price is attractive and you can buy it in our store. New POS' Hygge designer watches were introduced by the company recently. The ideology of the company, and with it, themselves designer watches Hygge, correspond to the two pillars – the best classic design tradition of Scandinavia and the legendary quality of Japan. The brand was able to synergistically combine the best features of both cultures, including minimalist design, meticulous attention to detail and a true commitment to craftsmanship which gained them a lot of popularity in the UK and Europe. The word Hygge is originally from Denmark and has some symbolism. It can be translated as "cozy", but in the culture of Denmark, this word denoted a fundamental concept that refers to a certain way of life, dominated by a cozy, warm and friendly atmosphere.

The main designer of the company and its founder is a British designer, born in Hong Kong – Major TSE. The expert has been designing watches for a large number of famous companies, including car giants Mercedes and Porsche. He is well known in Europe, thanks to his talent and time industrial designer with a specific style, expressed in the fact that human creations should not be attributed to the violation of the harmony of the universe. Reason designer watches, Hygge is quiet and minimalist design, the absence of any hint of showiness. And all this – with an absolute genius, because otherwise we can expect the destruction of the integrity of our miraculous world. 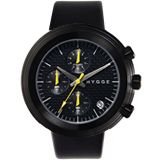 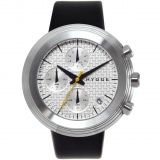 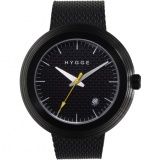 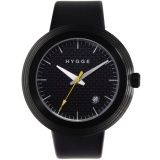