About the brand ↓
Sort by price
Ladies
Men
TID Watches

Brand was founded in Stockholm in 2012 by two entrepreneurs Petrus Palmer and Ola Eriksson, together with the design studio Form Us With Love, which resulted in the creation of TID watches which you can by in our store. The mere name of the Studio shows that they not only make their products with love, but also urge others to do so. TID designer wristwatches are one of the best examples produced by this studio. However, the studio is working in various areas, from interior design to product design. Form Us With Love was also founded in Stockholm, but seven years earlier. It has several workshops, architectural and engineering offices, experts in materials, but it is signature design, that is used by the company as a powerful tool to create new and untrivial objects, which earned their place in industry.

Buy it now in our store - TID watches UK and Europe representative. TID Watches create iconic things, which are true values beyond the time frame. Perhaps, the brand itself believes that it cares more about time itself than about the watch. All this is confirmed by the title, as translated from Swedish it means "time". Brand's philosophy assumes a limited number of manufactured timepieces in series. However, every TID designer watch is unique and striking, which does not prevent them to be practical, beautiful and useful.

In support of its own definition as "time" TID says they not only create supreme desing objects, but also act as a canvas for creative individuals capable of conducting their own research on the matter of time itself, using personal creative tools. The first such experiment was the research in the form of an album of works by Swedish photographer Jonas Linstrom, released in 2013. Photographs reflected their own understanding of time by the photographer, presenting the scenic landscapes of the island of Uland.

TID watches have a truly simple and ingenious form. These designer watches are functional, with easy to read 40 millimeters dial, minimalistic structure and modest color palette. Everyone looks incredibly stylish and chic in these timepieces, there is nothing superfluous, everything in its place.
Close 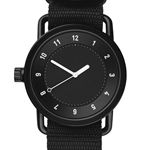 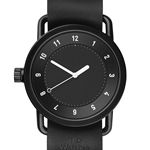 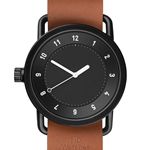 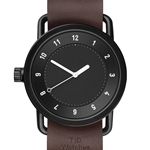 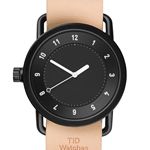 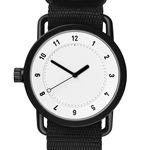 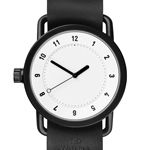 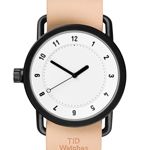 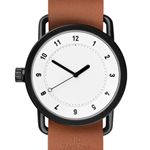 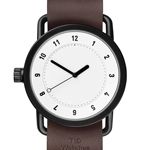