About the brand ↓
Sort by price
Ladies
Men
VOID watches

VOID brand has gained worldwide popularity in a relatively short period of time resulting in creation of VOID watches which you can buy in our store now. Get it delivered in UK, Europe and Asia!

In 2008, VOID Watches brand was created by the Swedish designer David Ericsson, who longed for a radical change in the watch industry with his own original vision. VOID watches are famous for their unique design, dominated by simple but expressive shape, making these designer watches almost  an architectural proclamation. The design of the watch is strongly influenced by the traditions of Scandinavia, with a use of simple geometric shapes and common architecture materials. Stainless steel case offers different variations of colors and coatings, the protection in a  form of mineral glass and leather strap of unsurpassed quality. VOID designer watches was able to complement the conservative watch industry with a new trend, because these timepieces were simple, sophisticated and suitable for all those who like the sudden combination of functionality and style.

However, the key secret of the watch is the idea that inspired David Eriksson on its creation. VOID watches are called so for a reason, because the void is an empty space among the stars, the largest structure of the Universe in which resides little or nothing at all material. The void reminds time itself, which is a strange thing too and most valuable of all things, but we are not able to feel or control it, only to measure it. We are also not able to observe and control a huge void in which resides absolutely nothing. That’s the cosmic philosophy of the VOID watches. In general, the term VOID has astronomical significance, which describes an empty space in the ranks of the filaments, the largest structures of the universe with a size that can range between 40 and 500 million light years. VOID Watches are also remarkable for the watch series in which their mechanical hands cross the whole face and have a look of diameters, not radii. One of the halves of these hands is white and the other is red, which gives the opportunity to read time connecting the color of the hand with the color of the digits on the watch face.
Close 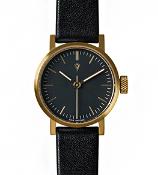 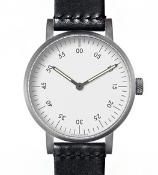